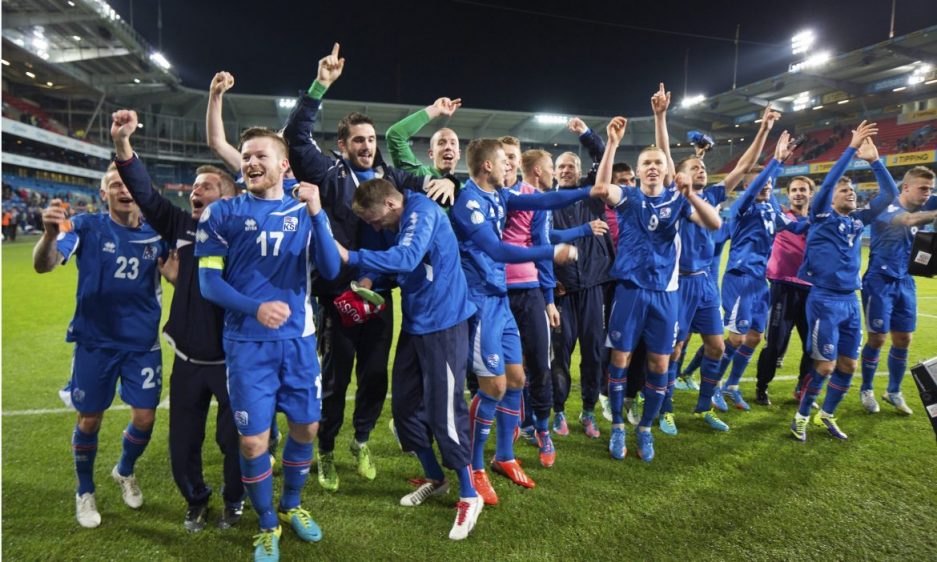 Iceland is one quirky place. Whether it’s bearded descendants of the Vikings trawling the pubs of Reykjavik, or bearded trolls menacingly guarding the lava plains of the South Coast, this is one kooky Island.

Anyone who has been to Iceland will understand what it feels like to be bitten by the Icelandic Brrrbug. Suddenly, you want this huge nation with a tiny population of 330,000 people to succeed and what better stage than the Euro 2016?

And so, here are my Top 8 Reasons Why Iceland Should win Euro 2016. Seriously.

1.They are an all-inclusive society. Even in the far reaches of the North, they give props to Singapore.

2. They might be “small” just like the Icelandic horse, but they have a whole lot of heart and grit in them.

5. Their energy flows as boundlessly as the most popular waterfall in Iceland.

6. They remain cool as ice under pressure.

7. They are explosive on a fast break.

8. They draw their energy from mysterious greenish ghoulish lights in the skies.

Yes, it is far-fetched. Yes, this is possibly just a way for me to rehash memories of an amazing holiday. But still, don’t you agree that Iceland should win the Euro 2016? Go, you underdog Icelandic Vikings, go!

For more on Iceland, check out my posts on:

Where to Stay in Reykjavik – Castle House Luxury Apartments

Where to Eat in Reykjavik – Fiskmarkadurinn and Sushi Samba