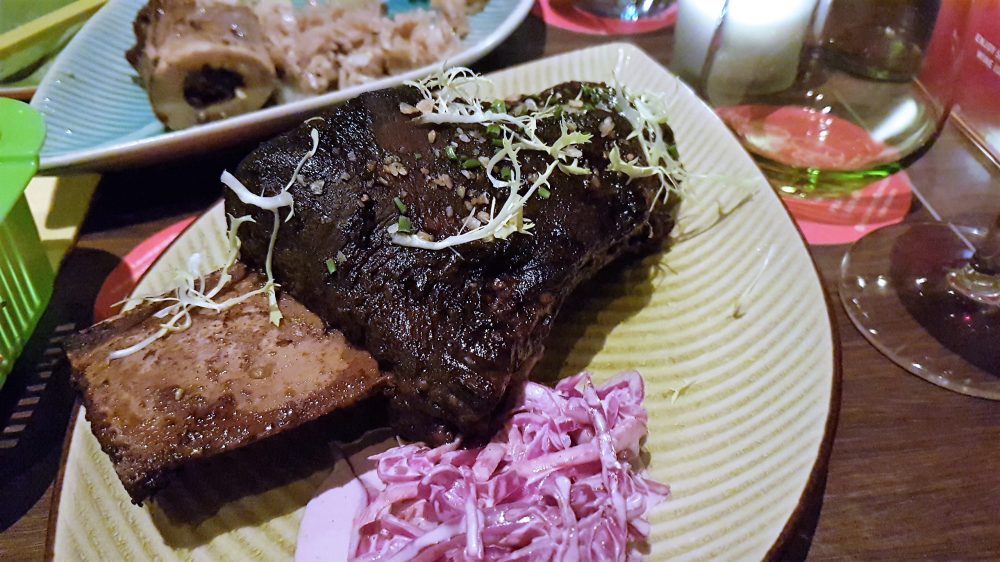 Phat Cat Laundry, a new addition to the Keong Saik area, greets you with kitschy messages asking you to “air your dirty laundry” and “let off steam”. Considering this isn’t an actual laundry but a new bar along Jiak Chuan street, no, the messages aren’t to be taken literally, of course.

What you should literally take, though, are its daily Happy Hours promotions which are about as cunning as the cat next door. During the 5pm hour, housepours, beers and wines are at $5 a pop. $6 for the 6pm slot and last chance, $7 each for the 7pm hour. So if you’re lucky enough to be getting happy between 5 – 8pm, there you go – definitely pay the Phat Cat a visit.

But if you’re a cocktail-lover instead, you’ll notice the trend of Asian-ingredients-influenced cocktails sprouting up at the newest bars around – think Birds of a Feather, Ding Dong and so on.

I’m not big on cocktails, else I would probably head straight for the sloshy good fun of the Foam Party – a rum-based concoction that’s got coconut and lime and lemongrass all rolled into one.

As for the food, I am seeing some interesting bar grub, stuff like Kimchi Cauliflower Gratin ($14) and Sichuan Burger – a lamb and beef patty with sambal aioli and pickled cucumbers ($25).

We went ahead to try the Truffled Prawn Egg Rolls ($14). This wasn’t a day-old dry egg roll one might imagine being served at some American Chinese restaurant. This one has a crisp shell and chunky, truffled prawn filling. Normally rather distinct, the truffle flavour is barely discernable here, thanks to the garlicky aioli’s overpowering presence. Not a problem for me, because I love garlic and am not a fan of strong truffle tastes anyway.

Next up, the Mushroom and Bone Marrow Fried Rice ($16). As far as fried rice goes, it was good – add that sunny-side up egg on top, and can’t complain. But I’ve got to say, if you’re expecting some unctuous bone marrow taste, you’re going to be disappointed. What won’t disappoint you though, is the Brontosaurus Char Siu Beef Rib ($25). A caveman-worthy slab of beef short rib, all dark and glossy, arrives and not only is the meat peeling off the big bad bone, it’s sweet and succulent. Other than the cute happy hour promotions, they’ve got a couple of interesting promos like on Mondays, where you get pretty much most of the food items for $10, and on Thursdays, where you get a special surprise when you order a bucket of the Foam Party cocktail. I’m heading back there next week with a bunch of tipple-happy friends, who are going to be there at 5pm sharp, it seems. I’ll update with more on the other dishes thereafter!