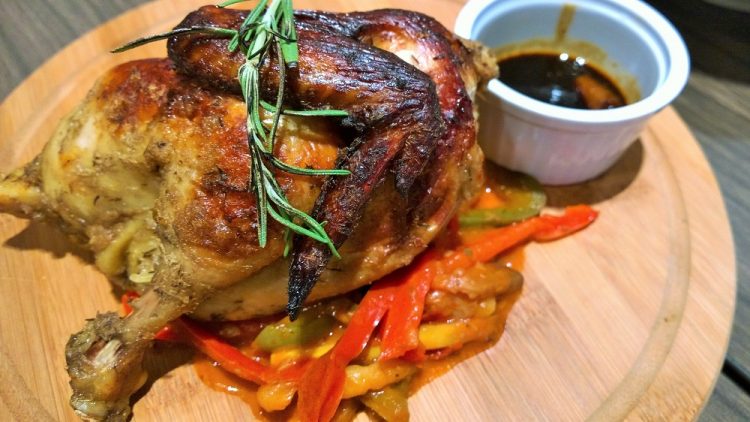 I’m always curious to check out new places that open in the Siglap area. For the longest time, it felt like Siglap was stuck in the ’80s with the likes of quaint places like Sidewalk Tavern, Georges and Killiney Kopitiam holding fort forever.

But recently, there have been quite a few new faces around this sleepy enclave, including decent options for “ang moh” coffee and pastries, thanks to Dutch Colony, Baker & Cook and The Craftsmen.

Alas, a good mid-range bistro is still elusive, so brunch fanatics still have to head off elsewhere for their Eggs Benny and Waffles fix.

That said, Flava, which bills itself as an Asian Contemporary Bistro and Grill, has just opened up, at the Springvale shophouse (the one that has Haagen Daz) and, with some tweaks and focus, it might just be a promising start to end the dearth of good, mid-range restaurants in this area.

Met up with some ex-colleagues for lunch on a weekday, and it’s a good way to get a feel for their menu. They offer lunch specials that range from $12.80-$20.80 and these change monthly. This month in March, they have the Kelantan-famous “blue” rice, the Nasi Kerabu set ($16.80) and some other standard fare like Fish and Chips and Beef Pastrami Sandwich, both $12.80.

To be honest, I wish some of their dinner-only items had been available, as they sounded yummy and would have preferred to try them. Like the Salted Egg Calamari, Ayam Bakar and the Lamb Rogan Josh.

We weren’t really keen on the lunch sets so we decided to go ala carte. Here’s the rundown: My friend (the only guy in the group that day, and the only one on a diet) stuck to a Caeser’s Salad, which in his own words “is great for dieters, because they go light on the dressing”. The chicken breast pieces were tender and the boiled egg was just right – yolk gently set, not too firm. On to more interesting items. Seeing as how the K-wave has invaded the food scene as well, it’s no surprise that there are a couple of Korean-inspired dishes here. We ordered the chicken wings with Korean spicy sauce. You can choose the spice levels, and my friends ordered it as just spicy. I would’ve preferred the “Insanely Spicy” version, but oh well. Regardless, the sauce was spicy enough, and luckily didn’t drown the wings which ensured that the skin remained crispy. We then went to Philippines with the Lechon Manok, the “Pinoy” Grilled Chicken ($18.90). Also an enjoyable dish – we were presented with a grilled half bird and thanks to the soy and sugar in the marinade, it’s nicely browned and visually appealing. Flavour-wise, the lemongrass was subtle but I think just nice for the succulent meat. 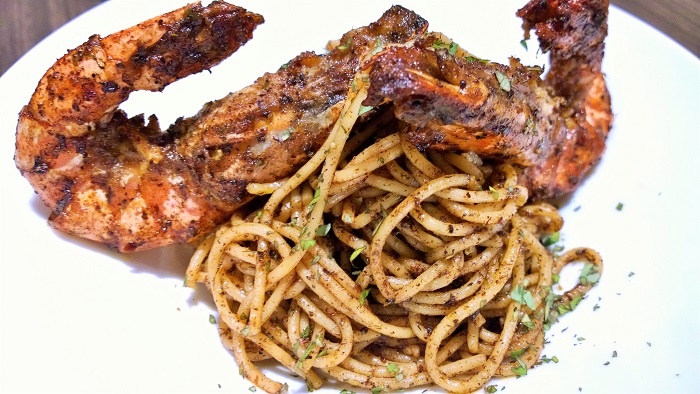 The Spaghetti Laksa ($20.90) is promoted as a highlight, but it felt more like a black pepper prawn pasta to me. Almost nothing wrong with it, if they had called it as such, but, as a “laksa” spaghetti, afraid the laksa taste was nowhere to be found. Also, maybe I should have known better than to order Chilli Crab with mantou at a bistro like this, but well, I did, and have to say, the chilli crab sauce didn’t quite come up to scratch. The mantou was fabulous, but the sauce, nowhere near the solid stuff you find at good seafood restaurants.

On that note, I did notice that the menu is “impressively” extensive, but perhaps they should focus on their strong points more. They seem to have every type of regional cuisine represented, and I can only imagine the many palettes that are going to walk into this restaurant and critique the authenticity of the various dishes, so might as well drop some and focus, I think.

All said, if you are in the Siglap area, and looking for something heartier than café fare or a change from local classics, Flava could be an option for you.